The Queen Mother of Dirty Words 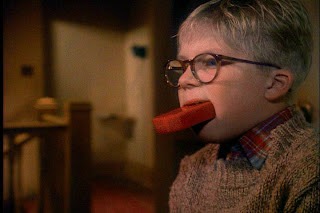 My young’in came home the other day and asked what the f-word was. She’s in first grade mind you and doesn’t hear that at home. I didn’t tell her what it was, but I wish now that I had because she went out elsewhere to seek out the information, and that my friends, is a bad habit for us to set up. I didn’t get upset with her or anything. I just told her that it was a bad word and we don’t say it. But I didn’t tell her what it was.

So she went to school and asked one of her friends, who is also in the first grade. He was more than willing to tell drop the f-bomb on her. Don’t know where he heard it, but it’s in his vocabulary and now it’s in hers. Too bad really. I was hoping to keep her a bit more innocent for a while longer but the world has thwarted my efforts.

After we had our first talk, she sought out the info from a schoolmate, then promptly came home and announced to me that she knew the word. That is, we were in the kitchen and she just said the word and then clasped her hands to her mouth. So we had our talk about the f-bomb and then we watched A Christmas Story. She noticed that we couldn’t wash her mouth out with soap because we don’t have bars of soap. We use liquid. Clever little bugger she is.

Before bed she asked me what the b-word was. I got this one right. I told her what it was and then we discussed how those words are swear words. I figured she might as well learn it from me than from her friends at school. At least that way we have open communication. Some would call that hedonistic liberalism at it's worst, but they are misguided puritans. I want to be able to talk to my child.

Ralphie as an adult: Only I didn't say "Fudge." I said the word, the big one, the queen-mother of dirty words, the "F-dash-dash-dash" word!

Dad: What did you say?

Ralphie as an adult: It was all over - I was dead. What would it be? The guillotine? Hanging? The chair? The rack? The Chinese water torture? Hmmph. Mere child's play compared to what surely awaited me.

Mother: All right. Now, are you ready to tell me where you heard that word?

Ralphie as an adult: Now, I had heard that word at least ten times a day from my old man. He worked in profanity the way other artists might work in oils or clay. It was his true medium – a master. But, I chickened out and said the first name that came to mind.

Ralphie: Schwartz! [his friend from school]

(from A Christmas Story)

Our kids are going to learn these words. It is up to us to either mold their understanding of why it is inappropriate to use these words. Our other choice is to hide from their questions and let their friends mold them on how to get away with using these words. As far as I am concerned, when you addressed it, it was as farthest thing away from "hedonistic liberalism". I know that the shock and awe of hearing that word from your innocent daughter must have floored you. I am sure it will knock me on my butt when I hear it for the first time from my daughter.