The world is excited about the prospect of change 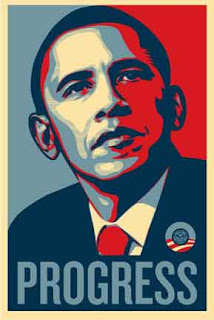 For the first time in my life, I feel a connection to a political candidate, someone who represents my views and my philosophies, someone who embodies the epitome of class, decorum, self-reflection, and level-headedness. Barack Obama has an heir of old school class that is absent in red and blue politics these days.

I have never experienced a politician who could ignite excitement and energy – instill hope – in the masses like Barack Obama. The man overfilled an athletic stadium, turning thousands of people away. People lined up for hours just to be a part of something special, just to hear a politician speak about his vision for America. It is overwhelming and uncommon. The American people, like no other time, care about politics.

Barack Obama came out and not only spoke philosophically about his platform, but gave details – meat – about how he plans on moving The United States forward. He did two things last night:


The man was powerful, positive, and complimentary to his opponent while outlining how the two are different. It is a very exciting time in our history and I am proud to be a supporter of a new direction. I am elated, overjoyed, with my candidate. Never have I been so excited about politics. It’s a nice change to have a Democrat I really believe in. That hasn’t happened in a while. I am an unapologetic supporter, a believer in our future with Obama.

Email ThisBlogThis!Share to TwitterShare to FacebookShare to Pinterest
Labels: Politics

Estimates are that the Obama bill could cost the United States a total of $845 billion (shgort of a Trillion dollars) above current spending on foreign aid. It has already passed the House and is supposed to go to the Senate this September 2008.

This bill is to be enacted and would cost American - man, woman and child an average of $2600.00, be given to the corrupt entity, the UN, remember the Kofi Anan scandal with absconded funds that would leave the despots, dictators, emperors et al to enjoy the national funds of their nations for personal use as well as whatever they can take from these UN funds, remember the Myanmar post typhoon aid? Respectfully submitted.

And how much per month is the baseless war costing us? Talk about corrupt. Working on poverty is a noble cause. Invading a country based on lies is not, any way you slice it.

CDM---I too was watching Pat Buchanan go ga-ga, I knew then this guy was going to make history.

My grandson and I watched the speech. I told Austin that he was was an eyewitness to history.

Yes, Austin, I think he did.

Jack, I completely disagree with your assessment that Obama would be good for the country but I appreciate your passion for your candidate.

A number of news outlets have referred to this bill as the "Global Poverty Tax." In February 2008, Cliff Kincaid of Accuracy in Media wrote that the Global Poverty Act (S.2433) "would commit the U.S. to spending 0.7 percent of gross national product on foreign aid ... which amounts to a phenomenal 13-year total of $845 Billion over and above what the U.S. already spends" to reduce global poverty. Other outlets ran similar stories, including WorldNetDaily, which cites Kincaid as a source. This, however, is false. The bill requires the president to develop a plan to implement the Millennium Development Goal of reducing the amount of people who live on less than a dollar a day. The bill makes no policy statement regarding the implementation of other Millennium Development Goals and no mention of how the bill would be funded.

Investor's Business Daily soon joined in the winger circle jerk. It's all BS, as usual.

Wow! All that poster needs is the good old honest hammer and sickle. I'm not surprised that he would emulate Stalinist artwork, since that's where his philosophy comes from. I'm a little taken aback that he would feel safe enough to display it so blatantly.